Dr. Lane Mitchell was widely known as an author, educator, administrator and consultant. He received his bachelor’s degree from the Georgia Institute of Technology in ceramic engineering in 1929. He added a MS in Ceramic Engineering from the University of Illinois and PhD from Penn State in 1941. He served as Director of the School of Ceramic Engineering at the Georgia Tech for over 30 years during a distinguished career. He authored the book, Ceramics: Stone Age to Space Age, which was published by the National Science Teachers Association, and has published numerous papers in his field. In 1987, he was selected as a Fellow of the American Ceramic Society, and awarded as a Distinguished Life Member, its highest honor for service, professional dedication and excellence.

SCHOOL OF MATERIALS SCIENCE AND ENGINEERING – GEORGIA INSTITUTE OF TECHNOLOGY 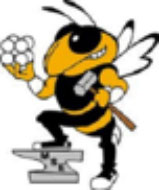 Our interactions and Applied Ceramics continue to remain strong providing a positive experience on all fronts. With an enrollment approaching 400 undergraduate and 200 graduate students, and faculty expertise spanning every material form and functionality addressing societal challenges of today and tomorrow, we continue to educate and train the next generations of materials scientists and engineers, with companies such as Applied Ceramics serving as important partners.

The Materials Science and Engineering Department is a comprehensive materials department with education and research on all classes of materials. The Department offers BS, MS and PhD degrees. The BS graduates receive a well-rounded education that includes a significant component of experiential learning and are well prepared for materials engineer positions and also for graduate studies. The graduate curriculum focuses on fundamentals of materials science and engineering and the students are engaged in leading edge research. 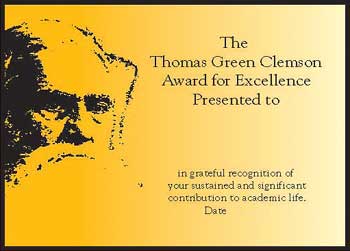 This award was established by the Office of the Provost in 1999 to honor those who have made significant contributions to academic life at Clemson. Recipients of the award also receive a plaque, and their names are added to the perpetual Thomas Green Clemson Award for Excellence plaque, which is on permanent display in the lobby of the R.M. Cooper Library.

Ceramic is a term once thought to refer only to the art or technique of producing articles of pottery. Current usage has broadened to include items made of metal oxides, borides, carbides, nitrides, and the like, or compounds of such materials. A study of the word “ceramic” shows that it derives from the Greek word keramos, meaning “a potter” or “a pottery”. However, the Greek word is related to an older Sanskrit root, meaning, “to burn”; as used by the ancient Greeks themselves, its primary meaning was simply “burnt stuff” or “burned earth”. The fundamental concept contained in the term was that of a product manufactured through the action of fire or heat upon earthy materials.

A traditional ceramic refers to products commonly used as building materials, or within the home and industry. Bricks, dinnerware, firebrick, and kiln furniture are good examples. Although there is a tendency to equate traditional ceramics with low technology, advanced manufacturing technologies, and new advances in materials development, are often used. Stiff competition among producers has caused manufacturing technologies to become more efficient and cost effective by using complex tooling and machinery, coupled with computer assisted process control.

The oldest ceramic products originated from naturally occurring clay-bearing materials. Early potters found the plastic nature of clay (its workability or moldability) to be useful in forming shapes. In traditional ceramic formulations, clay acted as a plasticizer and binder for better shape forming, and to hold other ingredients together during later processing. Because of its tendency to exhibit a large amount of shrinkage during drying and firing, clay bodies were often modified by adding coarse ingredients that reduced shrinkage and cracking. In modern clay-based bodies, some typical non-clay ingredients are fine silica, alumina, coarse-ground fired product scrap called grog, and alkali minerals such as nepheline syenite that are added as fluxes. Fluxes have an effect of lowering a curing point, melting point, or maturing temperature of a ceramic mixture to make firing of a product possible at a lower temperature. The effect is similar to that of spreading salt on a winter sidewalk to melt the ice.

Today’s ceramics are often hybrid combinations of traditional ceramic technology from the past, and new non-clay materials developed in university and government research programs, in addition to private industrial R&D efforts. High-tech ceramics being made for the space program, the electronics industry, and the automobile industry are being developed from materials not dreamed of only a few years ago, and which are becoming the foundations of many new businesses and industries.